University of Pittsburgh
Department of Physics and Astronomy

The implementation of a high-fidelity two-qubit quantum logic gate remains an outstanding challenge for isolated solid-state qubits such as nitrogen-vacancy (NV) centers in diamond. In this work, we show that by driving pairs of NV centers to undergo photon scattering processes that flip their qubit states simultaneously, we can achieve a unitary two-qubit gate conditioned upon a single photon-detection event. Full Text

Peng Ji finished his PhD candidacy in the spring of 2018 and is currently working as a Postdoctoral Fellow. 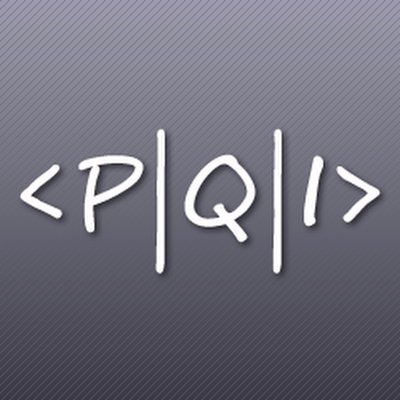 Check out PQI News for the latest information.

The Dutt group focuses on the quantum control of condensed matter systems. Advances in material fabrication and nanotechnology have pushed modern electronic and optical devices to regimes where quantum properties of matter become important. A key feature of quantum physics is the quantum superposition principle. For a single particle, this permits the existence of a phase coherent quantum wavefunction; for two or more particles, quantum entangled wavefunctions exhibit non-classical correlations between the particles. Quantum coherence and entanglement are not only the cornerstone of modern physics, but also have become tools in the growing field of quantum information science and technology with which to realize new paradigms for secure communication, enhanced computation, and precision metrology.

While there have been a number of demonstrations of fundamental principles using isolated atoms and photons, coherent quantum control and large scale entanglement remains experimentally challenging in robust, stable condensed matter systems. The basic building blocks of these solid-state quantum systems are simple, and familiar to most physicists: single spins, photons and springs. The Dutt group is building quantum control toolboxes for these systems, motivated by the need for larger interconnected systems. Tools from several areas such as nuclear magnetic resonance, quantum optics, quantum information science, chemistry and nanoscience are required in this hybrid approach.

We are characterizing Nitrogen vacancy (NV) centers as potential sensors able to detect weak magnetic fields with nanometer spatial resolution. From mapping complex biological molecules to reading out quantum bits of information encoded in an electron or nuclear spin memory, a sensor with such sensitivity and resolution would have powerful applications. The aim of our current research is to utilize these defects to consistently demonstrate their sensing ability at room temperature by coupling the defect spin to an external target.

Currently, the precise boundary at which quantum mechanics overrides classical rules remains unknown. To probe this question, we are developing a hybrid mechanical system by suspending nanodiamonds in a magneto-gravitational trap. In this system, coupling of the NV spin and the mechanical motion of a trapped diamond can form a quantum superposition state with long coherence times.

Gurudev Dutt is an Associate Professor in the Department of Physics at the University of Pittsburgh. He received his Ph.D. in Physics from the University of Michigan in 2004. In his thesis work, Prof. Dutt demonstrated, for the first time, coherent optical manipulation of single electron spin coherence in the ground state of semiconductor quantum dots. Subsequently he was a Research Associate at Harvard University until 2009. At Harvard, Prof. Dutt and his colleagues demonstrated coherent quantum control of electron and nuclear spin quantum bit (qubit) registers in diamond at room temperature. He is the author of over 25 publications in peer-reviewed scientific journals and conference proceedings, and more than 40 invited talks and seminars. His areas of expertise include quantum control, quantum optics, and microwave and optical spectroscopy of solid-state materials and semiconductor nanostructures. Professor Dutt is a receipient of the National Science Foundation’s Faculty Early Career Development (CAREER) Award in 2009,the Alfred P. Sloan Research Fellowship in 2010, the Department of Energy Early Career Award in 2011, and Kavli Fellow of the National Academy of Sciences in 2014.

Peng Ji's research centers around the trapping of a nanodiamond/microdiamond containing Nitrogen-Vacancy (NV) centers in vacuum to serve as an ideal platform to develop a hybrid mechanical system. In such a system, the coupling between the NV centers and the mechanical motion of a trapped diamond provides pathways for generating a quantum superposition state of the mechanical motion with long coherence time. In this work, we demonstrate our preliminary data in detection of NV spin signals from trapped diamonds using optical and magneto-gravitational trapping technologies. We compared the advantages and drawbacks of both techniques and improvements need to be made. We also explored the charge dynamics of NV centers in diamonds under near-IR laser illumination and firstly demonstrate a low energy (0.95~1.18 eV or 1050 to 1300 nm) Multi-photon Photoluminescence Excitation (PLE) spectrum of NV centers in a sub-millimeter diamond crystal.

Chenxu Liu's research focused on the topological light realization and light manipulation in photonic/plasmonic crystals. A key feature of topological states is that they are protected by the global symmetries, which makes them robust against local disturbance. In the field of optics, the concepts of topology have been adopted and applied mainly in the microwave regime. He is working theoretically toward achieving the topological light in visible to near infrared regime with and without time reversal symmetry in plasmonic/photonic systems. The broken time reversal symmetry leads to scatter-free topological protected chiral edge modes. Robust light manipulation against structure imperfection can be achieved by using topological modes in these systems.

Erin Fierro's research is aimed at demonstrating the ability of Nitrogen-Vacancy center defects to consistently and accurately serve as a quantum sensors at room temperature by coupling the spin state of the center to an external target.

The implementation of a high-fidelity two-qubit quantum logic gate remains an outstanding challenge for isolated solid-state qubits such as nitrogen-vacancy (NV) centers in diamond. In this work, we show that by driving pairs of NV centers to undergo photon scattering processes that flip their qubit states simultaneously, we can achieve a unitary two-qubit gate conditioned upon a single photon-detection event. Full Text

The implementation of a high-fidelity two-qubit quantum logic gate remains an outstanding challenge for isolated solid-state qubits such as Nitrogen-Vacancy (NV) centers in diamond. In this work, we show that by driving pairs of NV centers to undergo photon scattering processes that flip their qubit state simultaneously, we can achieve a unitary two-qubit gate conditioned upon a single photon detection event. Further, by exploiting quantum interference between the optical transitions of the NV centers electronic states, we realize the existence of two special drive frequencies: a `magic' point where the spin-preserving elastic scattering rates are suppressed, and a `balanced' point where the state-flipping scattering rates are equal. We analyzed four different gate operation schemes that utilize these two special drive frequencies, and various combinations of polarization in the drive and collection paths. Our theoretical and numerical calculations show that the gate fidelity can be as high as 97%. The proposed unitary gate, combined with available single qubit unitary operations, forms a universal gate set for quantum computing. Full Text

We report the observation of multiphoton photoluminescence excitation (PLE) below the resonant energies of nitrogen vacancy (NV) centers in diamond. The quadratic and cubic dependence of the integrated fluorescence intensity as a function of excitation power indicates a two-photon excitation pathway for the NV− charge state and a three-photon process involved for the neutral NV0 charge state, respectively. Comparing the total multiphoton energy with its single-photon equivalent, the PLE spectra follows the absorption spectrum of single photon excitation. We also observed that the efficiency of photoluminescence for different charge states, as well as the decay time constant, was dependent on the excitation wavelength and power. Full Text

We propose using a topological plasmonic crystal structure composed of an array of nearly parallel nanowires with unequal spacing for manipulating light. In the paraxial approximation, the Helmholtz equation that describes the propagation of light along the nanowires maps onto the Schrödinger equation of the Su-Schrieffer-Heeger (SSH) model. Using a full three-dimensional finite difference time domain solution of the Maxwell equations, we verify the existence of topological defect modes, with sub-wavelength localization, bound to domain walls of the plasmonic crystal. We show that by manipulating domain walls we can construct spatial mode filters that couple bulk modes to topological defect modes, and topological beam-splitters that couple two topological defect modes. Finally, we show that the structures are tolerant to fabrication errors with an inverse length-scale smaller than the topological band gap. Full Text

The figure above shows the geometry of a Magnetic-Gravitational (MG) used to levitate diamagnetic particles. To obtain sufficient magnetic gradient, the magnetic flux from the magnets (blue) are conducted and focused with a ferromagnetic material to hundreds of micron region. In first order approximation, the particle oscillates harmonicallyfor small displacements with respect to the equilibrium position. Click here for more details.

Dual-channel lock-in magnetometer with a single spin in diamond 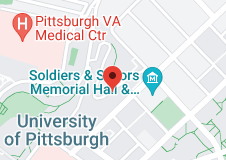 Department of Physics and Astronomy 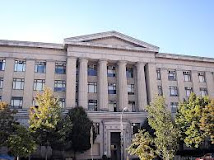